Major improvements over a short time.

A Better Life for Elderly Sick was a framework agreement between SKR and the Swedish government on Coordinated health and social care for the most severely ill elderly people, in which annual agreements were made from 2010 to 2014.

At the start of the initiative in 2010, interviews were conducted with nearly 300 sick elderly people who had a large consumption of health and social care. They spoke about a system in which it was easier to call for an ambulance and go to the hospital than get an appointment at the medical center. Today, five years later, health and social care staff are working with new standardized, common and evidence-based approaches. 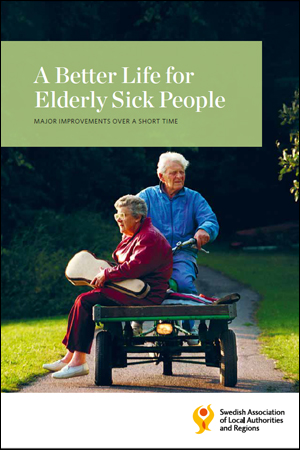